3. You Have the Power to Survive a Bad Boss

I worked at Microsoft for 7 years, from 2004 to 2011. And I did well from the start. My hard work and contributions were appreciated. It showed in the promotions I received, along with increased responsibilities. Everything was fantastic, and I was on a fast-tracked upward trajectory. You can probably tell where this is going. Undoubtedly, you know something went wrong.

Things turned for the worse with a change in leadership. I knew my worth at the time, so it would be an understatement to say I was shocked when a new regional VP joined the team and refused to acknowledge it. During our very first meeting, this new boss actually said to me, “I didn’t ask, but I’m sure if I had asked the team which person added the least value, they would have said you.”

WHAT?! First of all, who would even say something like that? I was angry, naturally. Deeply disappointed. I began to doubt myself. But I had to get it together and focus on the facts of the matter. I had not changed. The skills, strength, and experience that had earned me accolades and advancement were still mine.

I was determined to prove him wrong, but that was a mistake. It became clear that he was never going to change his mind. To recap: I had not changed. He would not change. I finally realized, though, that I was not quite as stuck as I felt in this now-toxic workplace. I was not without power because there was one thing I could change: my environment.

And, you have the same power. You can change your environment too.  That could mean a  move to a different team or role within your company. Or, it might mean leaving the company as I did. If you’re not sure which is right for you, here are three signs it’s time to quit your job.

Since these are not the only warning signs, my best advice is to trust your instincts. It’s likely that you already know what’s right for you. If not, the first step is to get clear about what you want. Then do your research to determine the best way to achieve the desired result. Finally, make a plan and take action.

If this resonates with you, I am here to help you make your own change. Contact me here, and make sure to come back next week to read how I Reclaimed my Power. 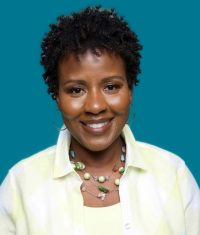 She shows high-performing professionals how to Level Up – get connected, get promoted, get wealth – and Live the Life of Their Dreams.