The fourth of July is a time for fireworks, backyard barbeques, and get-togethers with family and friends. For most Americans, it’s a day to celebrate. But there’s another perspective to consider. Independence Day celebrates America’s freedom from Britain. However, not all Americans were free on July 4, 1776.

EQ is the capacity to be aware of, control, and express one’s emotions and handle interpersonal relationships with fairness and empathy.

Not everyone feels the same about Independence Day. So this holiday may present an opportunity to express empathy for your Black friends, relatives, or coworkers whose emotions differ from yours. Why? Because this day has an entirely different meaning for marginalized people.

“Independence Day is odd for black people. Today, America is a better bet for everybody, but in 1776 most blacks would have sided with the Brits (and many did).” – U.S. News

“The holiday that commemorates the Declaration of Independence of the United States, where, in 1776, the Continental Congress declared that the 13 American colonies were no longer subject (and subordinate) to the monarch of Britain, King George III, and were now united, free and independent states.”

In 1776, our ancestors were still enslaved. That’s why some Blacks choose not to celebrate Independence Day; however, as an alternative, some celebrate Juneteenth to commemorate the emancipation of the slaves.

Black American is American! Therefore, many of us celebrate Independence Day. But don’t forget that Blacks were not freed until the 13th Amendment after the Civil War ended (1865). That’s almost 90 years later!!

Let’s continue celebrating and fighting for the freedom of all marginalized people. 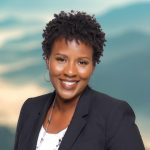 Lisa L. Baker is a professional life coach, career strategist, and keynote speaker. Lisa is the founder of Ascentim – a Maryland-based coaching practice that utilizes a unique G.R.O.W. process to help clients gain clarity, realize new possibilities, overcome obstacles, and win at life. Lisa shows high-performing professionals how to Level Up and Live the Life of Their Dreams.